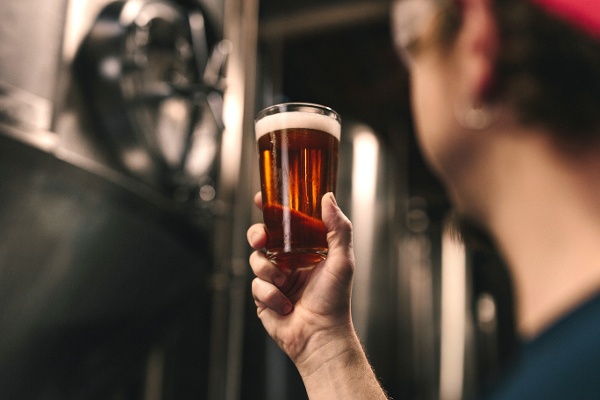 Breaking out the woolly sweaters? Swapping the mower for the rake? Time to change-up the contents of your cooler? With fruit beers and radlers losing their appeal in the cool, crisp air of fall, it might still be warm enough for a hazy pale ale. But as the days darken, so do the beers.

From roastier seasonal favourites and crisp yet toasty Marzen, to limited series pumpkin ale and a warming stout, is there a better time to enjoy beer? And with a wealth of beers to choose from, how do you know what to uncap this fall?

So with the coming season blowing in a range of flavours, we help you to decide by taking a sip of some of the flavourful flavours of fall (on your behalf, of course).

It’s an every-season beer that can still be enjoyed in the cooling fall breeze, maybe as you’re raking leaves? With a hint of citrus, and those pine and cedar accents, it’s more than just the aftertaste of summer – IPA is a great accompaniment to any autumn day.

Victoria’s Driftwood Brewery brews an annual Satori Harvest Fresh Hop IPA that’s wet-hopped and packed with pine flavours. With a flavour unique to the Centennial hops of BC, it gives everyday IPA and seasonal lift.

Synonymous with annual autumnal celebrations since October 1810, crisp and toasty lagers are the fall-proof choice for a seasonal sip.

Available year round, year-round, Paddock Brewing Company’s ‘Red Hammer’ was brewed especially for Oktoberfest. It has a dry finish and an exceptionally smooth mouthfeel.

Mirroring that transition from summer into autumn, amber ales have a slightly darker colour and that medium malty character. Fuller bodied that a pale ale, the presence of caramel and crystal malts mean they lean towards a toffee flavour.

If you’re looking for a rich malt aroma, Haven Brewing Co. base their all natural Amber on a traditional Oktoberfest Marzen.

As the leaves turn, so does the ale. Red ales generally have a gentler toffee flavour. They pair well with nutty cheeses, like Goudas, ham, or roasted vegetables.

For a sensational seasonal lift, you can also try beers with a more earthy harvest flavour. Spiced or accented with apple, this fall there’s bound to be someone somewhere brewing up a special holiday batch. Flavours range from pecan, nutmeg, and cinnamon to caramel, chocolate, and the perennial pumpkin. So why not complement traditional harvest fare with a spicy brew?

Come on, you know it wouldn’t be Fall without it. Right? This divisive seasonal gives rise to some serious brewing competition in the name of the holiday spirit. And for that reason, you’ll always find something a little bit special.

As we head out of  the tail end of autumn into winter, nothing says holiday season like a velvety dark stout. Like smooth, cold coffee this seasonal favourite has a higher alcohol percentage, making it the perfect bottle to gift and share.

So that’s our run down on seasonal flavours you can enjoy this Fall. At Brew Ninja, we’re always on the lookout for new beers to try. And our brewery software is helping breweries streamline and take control of their business.

So if you’ve got a beer that deserves some Brew Ninja moves, get in touch with us today.