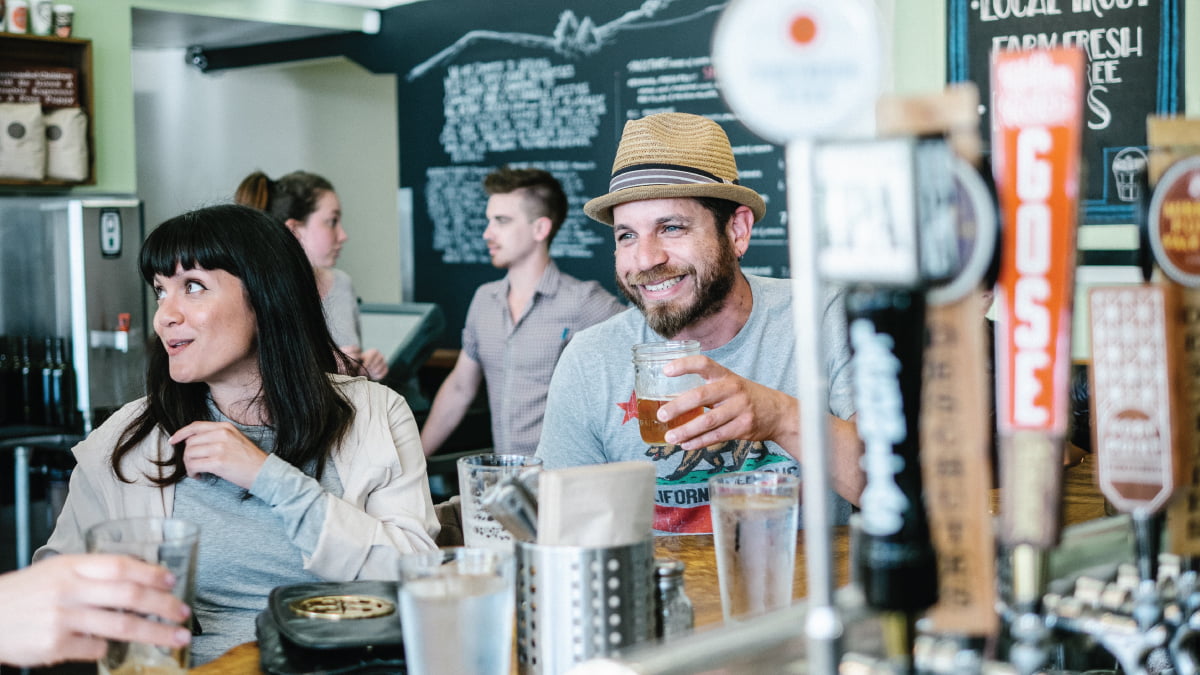 Lot Tracking: What does your brewery need to do? - Brew Ninja

Opening a Microbrewery: From Brewmaster to Profitable Brewery Operations Management

There are plenty of reasons to drink craft beer instead of the big name brews—it tastes better and offers more variety, for starters. But the craft beer revolution isn’t just good for your taste buds. Supporting independent breweries is good for the community, the economy, and the planet as a whole.

There were over 7,300 craft breweries operating in 2018, up 13% from the previous year and nearly doubling the amount operating in 2013, just five years previous. It’s a booming industry, and yet all those breweries combined to make up just 13.2% of the market by volume. Import beers grabbed up 18.4%, while the remaining 68.5% of the market went to the domestic big boys—mainly MillerCoors and Anheuser-Busch InBev.

This means that, even though craft beer drinkers are a growing population, they’re still a major minority of the beer-drinking world. And that’s a real shame, since there are so many reasons to choose craft breweries.

Let’s start with the obvious benefit of the independent beer scene—variety. Each of these breweries is following its own recipes, which means that you have thousands upon thousands of beers to choose from. Trends like the recent boom in IPAs and the current popularization of sour beers are a direct result of this variety.

Craft brewers enjoy putting their own spins on classic varieties. Take the Gose style, pronounced “goze-uh,” which originated in Gosler, Germany, hundreds of years ago… and pretty much remained there until very recently. Now it seems like every brewer is offering their own unique spin on this lightly sour style, which lends itself well to experimental combinations of fruit and herbs.

Revitalizing old styles is just one part of the game. Innovating them is the other. The immensely popular, and immensely hopped, IPAs are an example of modern craft brewers pushing the envelope and creating an entirely new style. What sort of innovations have the macro breweries offered us? Color-changing cans and Strawberry Lime-a-Ritas.

They’ll even go so far as to stymie innovation by hoarding resources, like the time AB InBev bought up the entire South African hops supply and kept it to themselves.

Not only do they make more interesting beers; Craft brewers tend to be more ethically responsible, and community minded as well. And not just because they don’t snatch up entire crop cycles for themselves.

Many craft brewers use locally-sourced ingredients, like hops, grains, and fruits from local farms. This allows for more variety, sure, but it also means more money and exposure for other small businesses.

It’s estimated that 85-90% of the beer made in Canada is also consumed in Canada, so Canadians are already doing their part when it comes to drinking locally. But local breweries are also doing their part for Canada’s economy—craft brewers purchased more than 300,000 tonnes of Canadian malting barley, for example.

And it’s estimated that Canada’s beer industry has three times the economic impact of the nation’s wine and spirits industries combined.

Craft breweries also employ local people. When AB InBev bought Rolling Rock and moved production out of Latrobe, PA, the resulting loss of jobs was so great that local unions boycotted Anheuser-Busch products for a full year. What had once been one of the country’s largest breweries, and the area’s largest employers, was shut down in the name of boosting profits for a multi-billion-dollar global conglomeration.

Wouldn’t you rather drink something made by the people in your town?

Small breweries make more environmentally conscious decisions than the big guys. For instance, Florida’s Saltwater Brewery recently introduced biodegradable six-pack rings for their beers, which will hopefully become the industry standard. Beau’s Brewing Company in Ontario is powered entirely by renewable energy and is a registered B Corporation, meaning they’re allowed to follow their moral compasses and not just maximize profits at all costs. And since craft breweries rely more on locally sourced ingredients, and local sales, their carbon footprints generally remain smaller.

Going green isn’t a new trend in brewing—since 1990, the Canadian brewing industry has reduced its total energy consumption by 58%.

Many craft breweries are actively involved in environmental causes—and not just for altruistic reasons. Because craft beer is all about flavor, craft brewers have a natural investment in making sure they have access to fresh, clean ingredients—especially water. New York’s Brewery Ommegang led a high-profile fight against a planned fracking project in their state, which could have ruined the quality of the brewery’s water source. Since beer is mostly water, the brewery obviously had an interest in preventing this project from happening. The attention they brought to the project helped make sure the fracking project never got started.

Saving the environment, supporting the local economy and community, and just flat-out producing good (and innovative) beer—that’s what craft brewing is all about.

The next time you take a six-pack off the shelf, make sure it’s a local beer and see what makes the little guys so great!

Lot Tracking: What does your brewery need to do? - Brew Ninja

Opening a Microbrewery: From Brewmaster to Profitable Brewery Operations Management