Seasons On The Tongue: How Do You Get A Handle On Beer Seasonality? 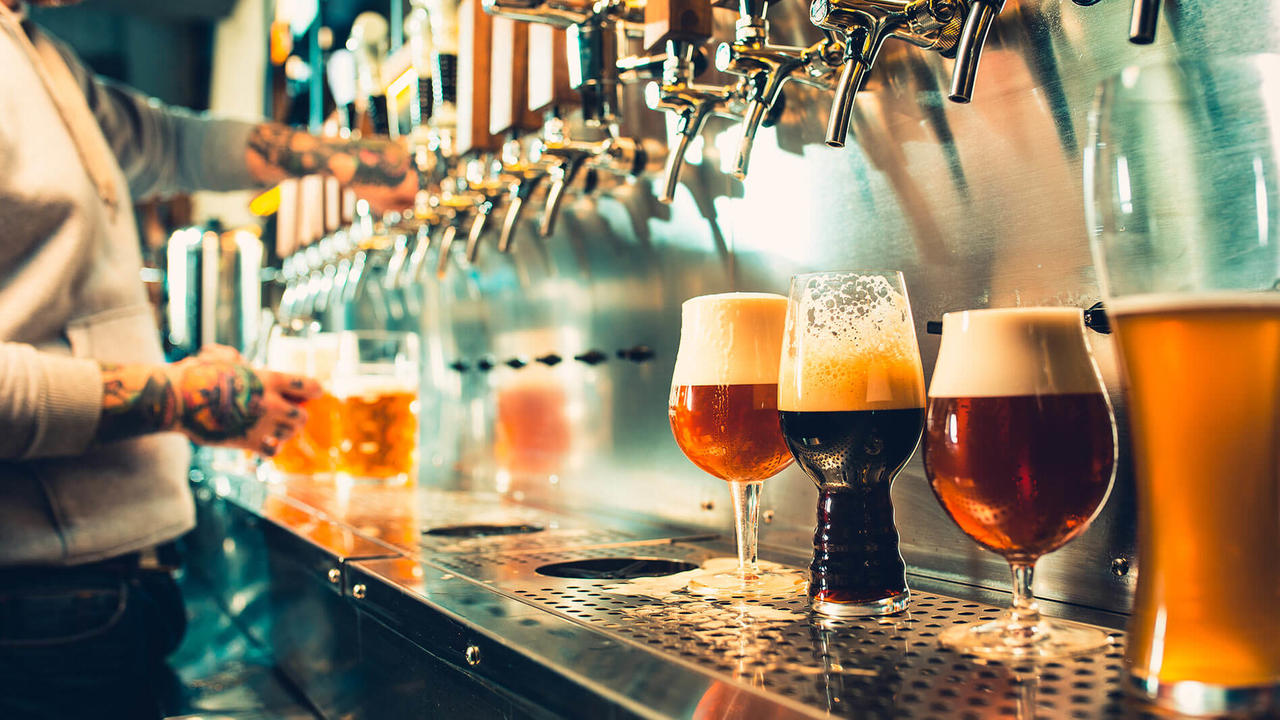 Brothers in brewing, Nathan and Andrew Anker, based in Peterborough, ON, know a thing or two about the business of brewing great beer.


Andrew was part of the first year at Niagara College’s Brewing Program and since then has accumulated over ten years’ experience in brewing and logistics. In more recent times, he’s been a brewery start-up consultant, helping to open more than ten breweries across Canada. Now he’s started his own.

Nathan’s got the business brain. After eight years in automotive brand development, he quit the corporate life to focus on one of his many passions: traditional European Beer brewed and packaged in the traditional way (make his an All Natural Belgian Blonde Ale).

Together, they took over the existing Smithavens brand in 2019, re-branding as Haven Brewing Co. shortly afterwards. These guys know the reason why traditional European beers have stuck around. The secret? They taste great.

But that doesn’t mean there’s no room to innovate. As we find out, Haven has a handle on beer seasonality.

So before your brewery pulls the pumps on its craft beer this season, get some industry insight, courtesy of Haven Brewing Co.

Brewing In A Time Of COVID

Nathan and Andrew just got started with Haven in 2019… and then in 2020 the pandemic hit. It was a ‘season’ that no-one expected and with traditional tap rooms forced to lock down, demand obviously lowered.

Sure, there were times when the tap room became a patio – when the rules allowed. But it wasn’t the smoothest time for a startup – one that was set up to capitalize on Peterborough's vibrant college population.

Their projected pre-pandemic volumes were hard to move, and it would have been a challenge to keep the product fresh. Their response? As beers ferment quickly, they brewed smaller batches more often. That meant buying more yeast, which is hard to keep healthy, and discarding it.

They also pivoted to online sales – but due to the pandemic, they also ran into import issues. Unable to import bottles from Europe at 25¢ per bottle, they were forced to turn to the US and pay 85¢ per bottle. And that’s a mark-up they didn’t pass onto their customers.

However, 12 months on and Haven Brewing Co. is back up and running and preparing for the Summer season ahead.

Right now their more traditional ‘dock beers’ are doing well  – and their limited series, one-off experiential beers that can only be had in the taproom has declined. But as the world slowly returns to normal, trends and seasonality will start to come into play again.

But that’s not the only shift. In summer, there’s more demand for easy drinking – 4-5% beers, which can be enjoyed in quantity in the sunshine. Winter sees sales of experiential beers rise – something like a 10.5% oatmeal stout.

It’s the simple 6% rule: below for summer, above for winter. As Andrew tells it:

“Anything below six percent definitely moves more in the summer than in the winter.”

It goes without saying that radlers, fruit beers, and pale ales dominate the summer market. Most craft breweries have three or four flagship beers. As a specialist in traditional European beers, Haven Brewing Co. find their Pilsner and Hefeweizen are seasonal favourites in the warmer months.

One of their other staples is the German-style Kellerbier. It’s great in summer, yet seems to do well in winter as well. Andrew’s take on it?

The colder seasons definitely see a rise in darker, more malty flavours. At Haven Brewing Co, beers like their Schwarzbier, Amber, and Dunkelweizen do particularly well. Especially with regard to online sales, there’s definitely a trend for a beer that presents well, and is shareable like wine.

Holiday season also presents an opportunity to test the market with some smaller limited series batches alongside tried and tested favourites. Haven Brewing Co have done this through their experimental ‘Havoc’ label – creating a hot ghost pepper beer for Halloween.

Whilst beer trends during the pandemic tended to be focused on more traditional European styles and the emerging New England-style IPA, demand for ‘insta-beers’ is likely to ramp-up again as the tap rooms and restaurants begin to open up.

The ‘one and done’ phenomenon looks set to stay – so expect to see a demand for hybrid products like ‘smoothie beers’. Lockdown also saw an increase in people becoming health conscious, sparking a rise in ready-to-drink, low-calorie, fruit-flavoured beers.

Your Brewery… On Tap

Whatever trends crop up next in craft beer, software like Brew Ninja enables breweries to account for the unexpected, because your inventory is on tap, in the palm of your hand, or computer, or tablet. Tracking everything from packaged products to raw goods, it even has the facility to create an online store using Square’s store builder.

Find out how Brew Ninja software can help your craft brewery get a handle on beer seasonality. Schedule a chat with us today.

Mastering the Art of Brewery Management