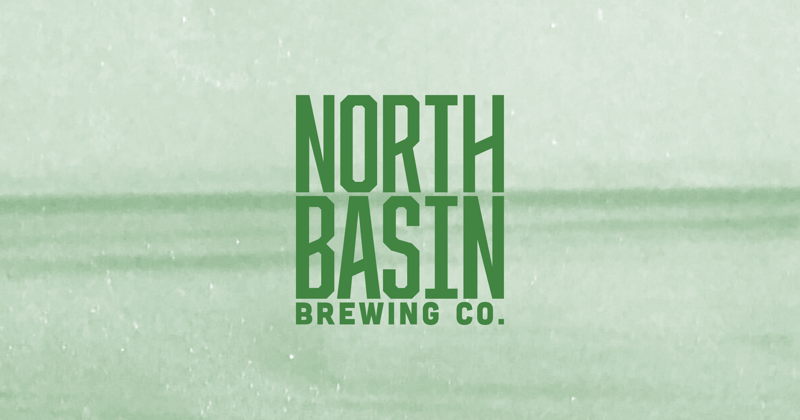 Learn how setting up an effective inventory, production, and sales tracking system before pouring your first pint can save time and money & increase the success of your brewery.

A New brewery - with no beer?

Kody from North Basin Brewing had some unique challenges when he opened his brewery - he hadn’t even made beer yet!

Kody came from a brewery that managed their brewery using multiple spreadsheets. As a brew master he knew what it was like to work in a brewery without the benefit of a program to help them with a lot of the backend heavy lifting - It was a disaster!

Determined not to make the costly mistakes that hurt craft brewery profitability and are a drain on employees, Kody decided to find a brewery management solution that would grow with his brewery.

Learn how setting up an effective inventory, production, and sales tracking system from the start saves time and money & increases the success of your brewery.

Reduce Stress and Save Time with a Brewery Management System

Kody Rosentreter, the Head Brewer at North Basin, describes the challenges that they were looking to solve as “maybe a little bit different” than other breweries because when they had first signed on to Brew Ninja, they hadn’t even brewed a batch of beer yet.

However, Kody came from a brewery with no software in place at all for managing a brewery, so he knew what it was like to work in a brewery without the benefit of a program to help them with a lot of the backend heavy lifting.

For Kody, he felt it added a lot of unneeded stress and hours to the already full plate that he and many other head brewers have to deal with. When he came to North Basin, he wanted to ensure that he had the best programs in place to make life easier for both himself, as well as everyone else involved in the business. With Brew Ninja, Kody felt like he had found that software that could help him elevate North Basin and have it run as smoothly as possible.

Why not use spreadsheets?

Excel spreadsheets are a default that head brewers use - they’re common for home brewers and schools that teach brewing rely on them. Seeing and manipulating the formulas and data used in brewing is educational and can help make great beer. Excel spreadsheets become a hindrance in business when other people get involved - and you cannot run a brewery by yourself.


Scaling spreadsheets is simply not feasible. It is too hard to manage user permissions or maintain data integrity. If one of your staff or partners edits a formula by mistake - everything falls apart.


Not only this - spreadsheets require computers and keyboards to be used efficiently. They aren’t mobile friendly. If you can’t get your team to use a spreadsheet - it is useless. Death to Spreadsheets!


No beer, no reporting, no taxes, no problems - right?

While North Basin as a new brewery didn’t have a long laundry list of challenges that Brew Ninja had to come in and solve, Kody chose us because “the team did an excellent job of getting our inventory, production, and sales tracking up and running before we even poured our first pint.”.

Kody also stated that “Brew Ninja has saved me countless hours of counting, reporting, scheduling and probably a whole bunch of other things I don’t even think about because Brew Ninja helps me to streamline everything on the backend of the business so I can focus on brewing beer”.

Lastly, Kody went on to say that he was very grateful for the great customer service he received from Brew Ninja and stated “I don’t know how many times I caused an error in the system and had to have Matt, Lyndsey, Matt, or all three depending on the severity of the error to come in and fix it for me. They are always reliable and fast no matter the day or time.” In short, Brew Ninja helped North Basin put its best foot forward while opening its new brewery during pandemic times.


He estimates that starting a brewery without spreadsheets has saved him over 60 hours on his startup. He didn’t need to find data from paperwork, he didn’t need to change his staff’s routines and he didn’t have the burden of learning how his “home brewed” business solutions would interact with each other.

Kody’s decision to onboard a Brewery Management Software solution before he ever brewed a single barrel is an insightful story because of the lesson it teaches.

Brewing beer and Running a brewery are vastly different animals. Spreadsheets are a good tool to learn and perfect brewing - but they are a nightmare for managing a brewery - even one that hasn’t opened!


Learn how your brewery can follow in Kody’s example and book a demo today.